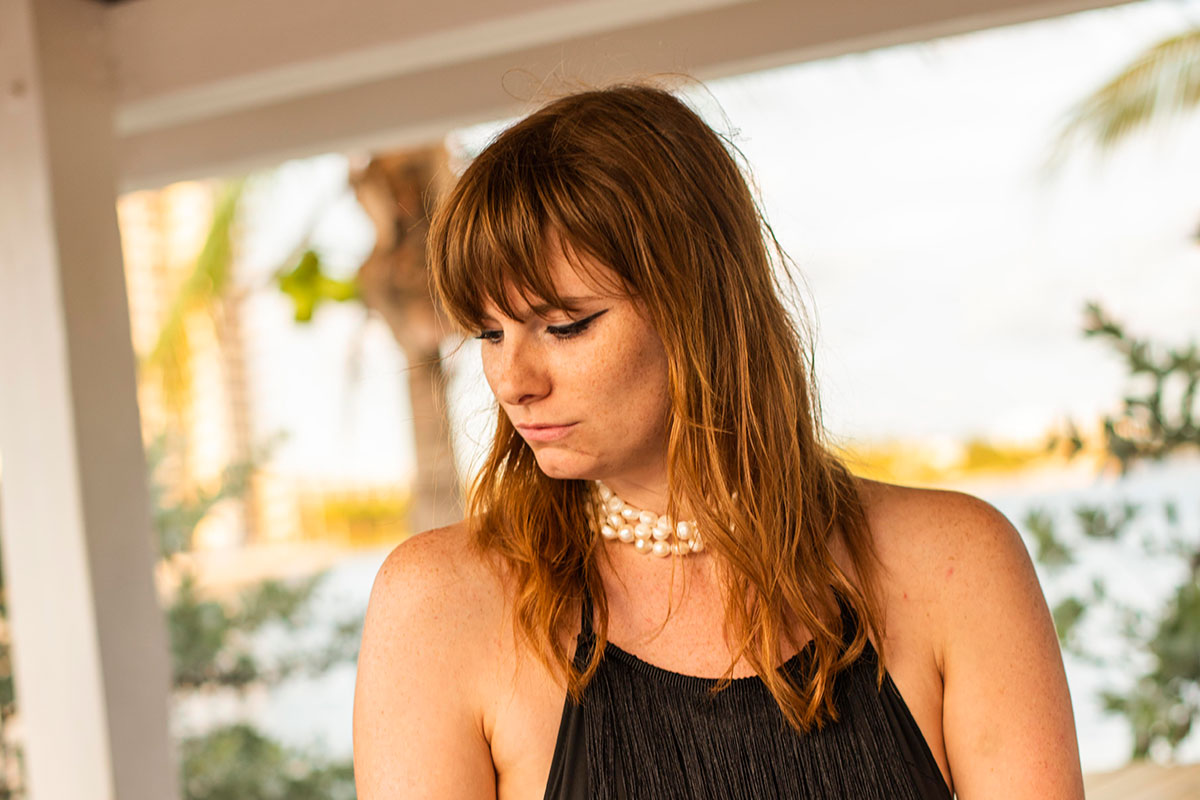 In everything she does, Georgia Luzi, offers a unique and memorable experience. In addition to DJing, Luzi Georgia has deep knowledge in the arts, hospitality, fashion, and blockchain, crypto & NFT industries. She has performed internationally in Dubai, The Bahamas and Belgium. Based in Miami and a resident DJ at Joia Beach, and other South Florida venues, she is also currently developing a global crypto/nightlife project and works with OSF.org, a charity that helps over 16,000 orphans, survivors of abuse and trafficking and Indigenous children in 29 countries around the world.

I’ve been immersed in music ever since I was a young child. My parents met on the dance floor of a famous club in Brussels, this beautiful theater venue called Mirano in which they also celebrated their wedding. I’ve always hosted events for family and friends with the goal of bringing people together and music was always a key element in that. I’ve found that expressing my emotions comes naturally through music, I’ve written countless lyrics (yet to be read again and put to use), but never created my own music….as of yet.

My inspirations are vast, and I always say that I do not believe in favorites when asked to mention my top musical inspirations. There is so much to be said. But if I have to mention the earliest music that moved me, these would be some of them: Janet Jackson’s Velvet Rope album, Massive Attack, Tricky, Basement Jaxx, Vanessa Paradis’ album produced and co-wrote by Lenny Kravitz, Lil’ Louis & The World, St-Germain, Buena Vista Social Club, and so many more!

I would first say: “define career” as I have juggled many business paths in my life. Over the years I’ve had multiple job positions in various industries, and I value the discovery of something new and the challenge to adapt more than I do focusing on one defined target line. In short, I have been a PR, communications professional, an event producer and consultant in hospitality, tourism, arts, fashion, and nightlife industries in Belgium. And before starting DJing in the US, I worked in design and architecture as a marketing and events manager in New York and then moved to South Florida for a position as marketing director USA, Canada and Latin America for an international high-end lighting manufacturer.

One of the projects I am most proud of is Brussels New Year’s Eve, now called Volume Brussels. About 10 years ago, my partner and I had a monopoly over the electronic music events offered for New Year’s in Brussels. Most clubs and party organizers at the time would close on that date because of the competition, but that beat the whole purpose since our goal in every project we took on was to work on a collaborative basis and ultimately to put Brussels on the map (after all, it is the capital of Europe)! We sacrificed that major event and reached out to the main players in the scene, guaranteeing they would be sold out if they were to organize a New Year’s event. Throughout Europe, we promoted a package that offered access to the best electronic music parties in Brussels for New Years as well as cultural activities and discounts in hotels and local shops for days around it. This generated tourism, contributed to shifting the competition-based mentality of nightlife in the city to a more collaborative mindset, and ultimately won us an award for Best Nightlife Experience by the city of Brussels. In current and exciting news, Volume Brussels is the first to have used “Kiki”, the crypto/nightlife app, soon to be launched in Miami!

I often mention the importance of going “crescendo.” Depending on the time, the venue, and the crowd, it could be opening with something soft and progressive and following with more beat while reading the crowd and managing to express yourself at the same time. Whatever style you’re going for, your best bet for people receiving your music is to create a space to vibe with them as well. Be sensitive to your audience’s reaction and expectations while staying honest and true to your emotions and your music taste. Throwing in what I call a relatable track (something people can recognize but that is subtly remixed) never hurts too!

As mentioned above, I don’t believe in favorites. It depends on so many things: the crowd, the space, the time, your mood, their mood… But if I did have to mention a couple DJ’s I currently admire for their sets, I would say: M.A.K and Onnomaa (both local Miami DJs) and off the top of my head, Rampue, Romare, and DJ Koze for their productions.

Probably in some sort of metaverse! With tech, crypto and NFTs rising and growing interest in merging with the arts industries, we are already seeing music presenting itself as NFTs but beyond that, we will soon be experiencing virtual worlds in which music will eventually hold a key position!

Lately I have been loving improvised small private get togethers in speakeasy type locations, where we can hold interesting conversations while sharing music over clubbing and large crowds.

This said, sharing the beauty of unique locations in Miami, like Joia Beach, is always a thrill! Bringing people together in one spot and showing the transient crowd in Miami what the city has to offer always fills my heart. I’ve experienced wonderful evenings at Joia Beach with Palo Santo (the crew I occasionally perform with including other DJs, fire dancers and drummers), where there is this synergy between the crowd, the performers and the space. I remember a particular time there, where we got to witness a beautiful pink sky for sunset on one side and an impressive moonrise on the other all the while being right by the water with amazing company, music and performances.

“Happiness is only real when shared,” – Christopher McCandless from the movie Into The Wild

Which if I had to translate in a musical sense, I would say, “The music sounds better with you,” by Stardust. 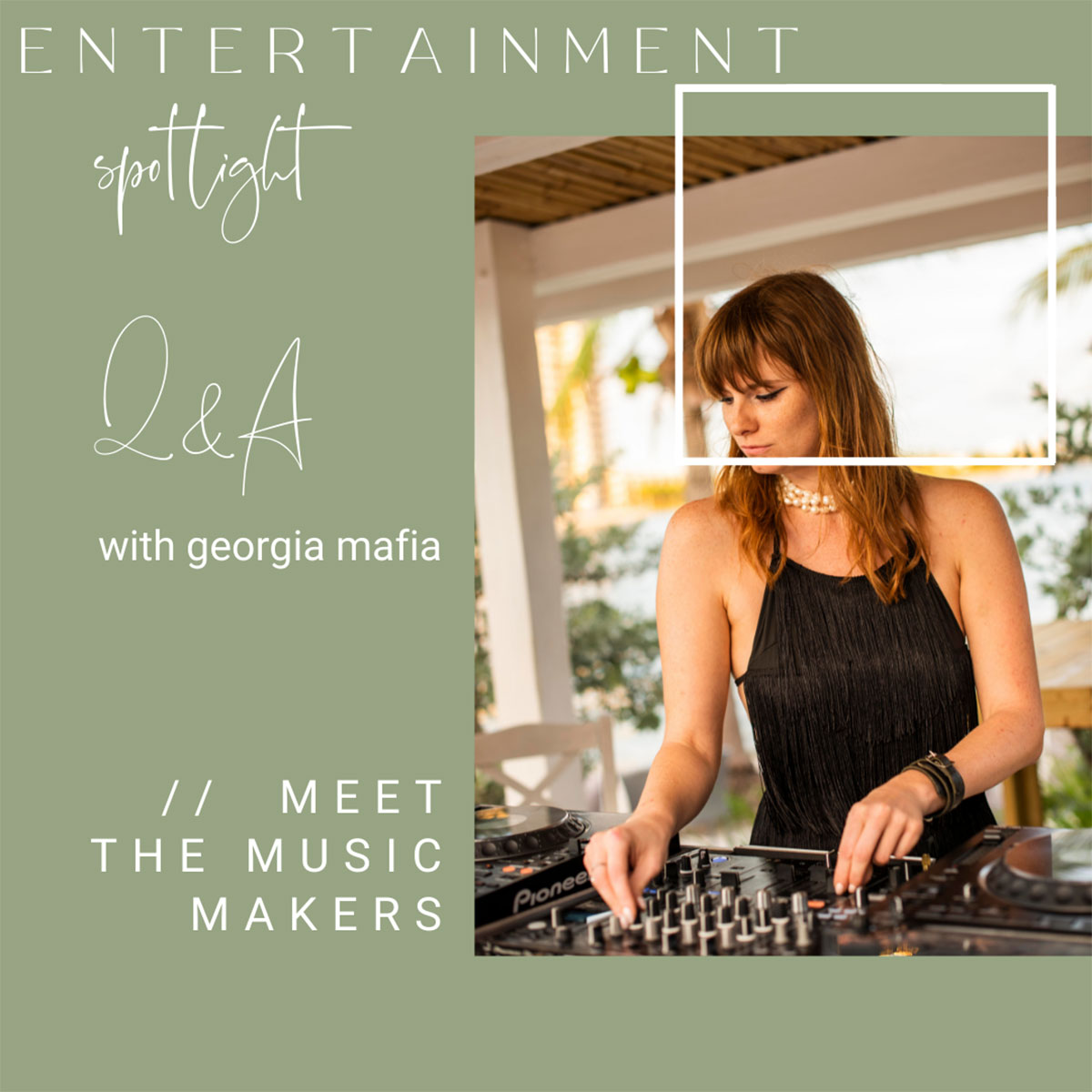